A dead body found at dawn in front of the inn in the tranquil village of Wolpertshofen poses a mystery to physics report writer Valentin Schmidt – one that he is supposed to solve on behalf of the Bavarian crown. But the more he inquires, the deeper he becomes entangled in a web of dark secrets, inexplicable events and the iron silence of the village community, until suddenly his own life is in danger…

Valentin Schmidt, a young physics surveyor, is actually tasked with completing a few reports and collecting data such as the farmers’ current livestock numbers. He arrives in Wolpertshofen by pure chance the day after the crime and is drawn into the investigation. In the process, he gets deeper and deeper into the entanglements of the village community, which make it almost impossible to investigate. What he discovers, however, no one in the village wants to see dragged into the light of day – a circumstance that will be Valentin’s undoing if he is not careful …

In this dialog-based RPG, our players solve the mystery surrounding the Upper Bavarian village of Wolpertshofen with a great deal of intuition in dialogs, clever combination of information, but also by taking firm action. Between the brutal reality of the living conditions of Bavarian peasants in the 19th century and the suspense of a dark criminal case, the task is to track down the culprit – or are there several?

The year is 1866 in Upper Bavaria. The German fratricidal war between Austria and Prussia is over and everyday life has returned to Bavaria … if it weren’t for these young hotheads around the village teacher Loibl with his crazy ideas about the workers’ movement and democracy, which he brought with him from his studies in Munich. Even the tranquil village of Wolpertshofen is no stranger to this nationwide conflict.

But then one morning Lenz Glas lies dead in a puddle, apparently beaten to death after a heated pub fight. At first, the murder seems to be politically motivated – or is there something else behind it?

Deathly Hush – Chapter I is a dialog-based open world RPG. In order to progress, you’ll have to obtain information through skillful negotiation and inquiry. Our dialog battle mode is special here: You can use information you’ve already received or your character’s stats to gain an advantage in the course of the conversation, which will ultimately convince your counterpart to give you information – or not.

In addition, there are other classic RPG mechanics like sneaking and the detective mode, with which you can search your surroundings for clues that will help you. And of course, we wouldn’t be in 19th century Bavaria if the waddle tree didn’t fall over every now and then. For these situations, our Valentin is also equipped with two solid arguments, namely his fists.

Become part of our community!

With our mix of fair play and exciting open world RPGs, we want to inspire a community of gamers who care about the same topics as we do – preferably even in direct exchange with you!

How you can become part of our community? Support our cause by downloading our alpha release “Deathly Hush – Chapter I” on Steam, playing it and giving us feedback. We want to know what you like and what we can do better. Join our Discord server or write us on Twitter, Instagram or Steam.

Can’t wait to meet you! 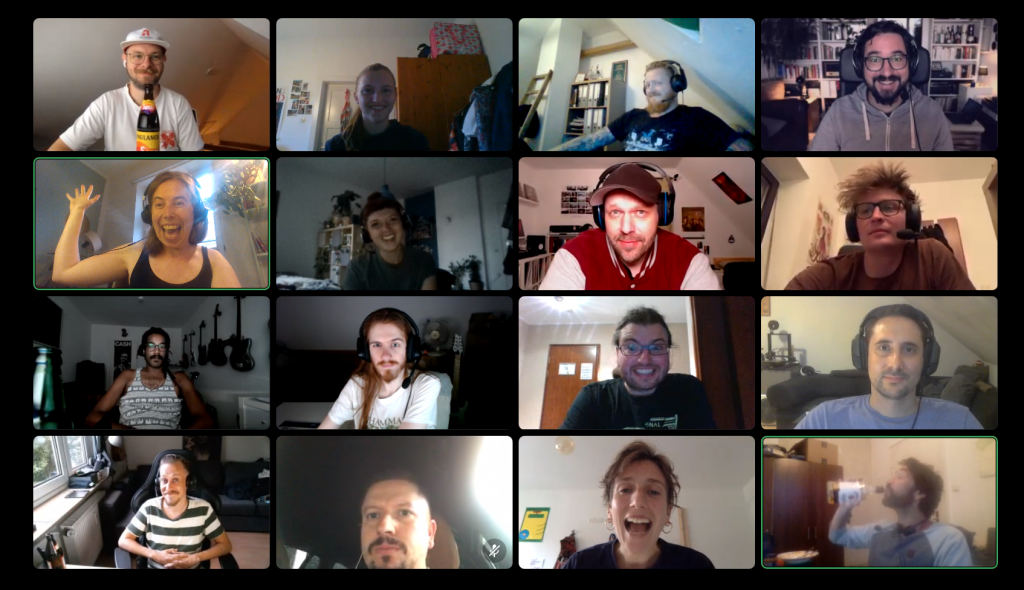 Servus, we are Active Fungus Studios! We are a game dev studio from Munich (Germany) with a focus on historical RPGs.

We don’t only want to entertain with our games, but also draw attention to social issues that are close to our hearts. The focus is on historical events whose effects can still be felt today.

Learn more about us